The team consisted of 30 members from United States of America were heartily welcomed by Pioneer Foundation Nepal at 08th April, 2016 in Kathmandu who were managed by a little scout boy Nicolas Suppiah for helping one of the rural school called Sree Rameshwary Secondary School located in Gorkha District, Bungkot VDC, Ward No-09, which was fully destroyed from the deadly earthquake(7.9 Magnitude) at 25th April, 2015. 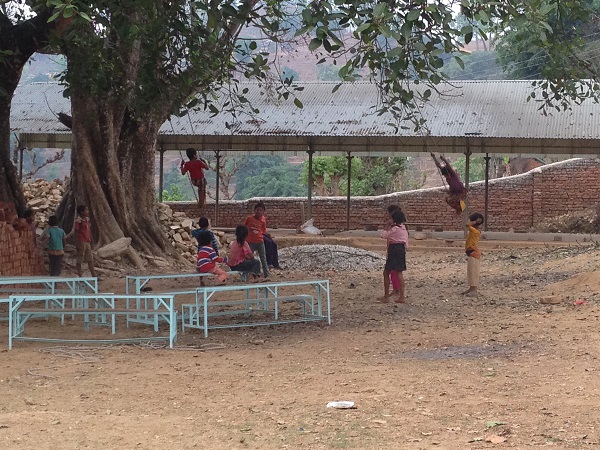 Nicolas was convinced to bring his project in Nepal with the fact that his support would help the earthquake devastated school and rural community in mountainside of Nepal who were desperate to the help after earthquake, thus he agreed to create a support forum for the rural school, set up fundraising events and tried his hard best to work on this Eagle Scout Service Project. 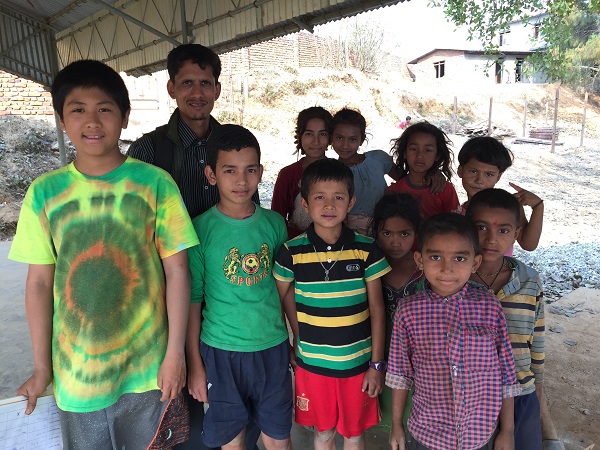 With final preparation and shopping of essential materials in Kathmandu to handover to school, a team of Nicolas Eagle Scout Service reached their destinations Bungkot, Gorkha (about 145 km. northwest of the capital city- Kathmandu) in late afternoon. The team was warmly welcomed by the locals with panche baja and folk songs. With short introduction and inspection of the school, then the team walked to their fixed tented camps, which was managed by Pioneer Foundation Nepal for their living during their volunteering staying in village for week. Pioneer Foundation took good care of their living, foods and supported the team for their volunteer work in the school. 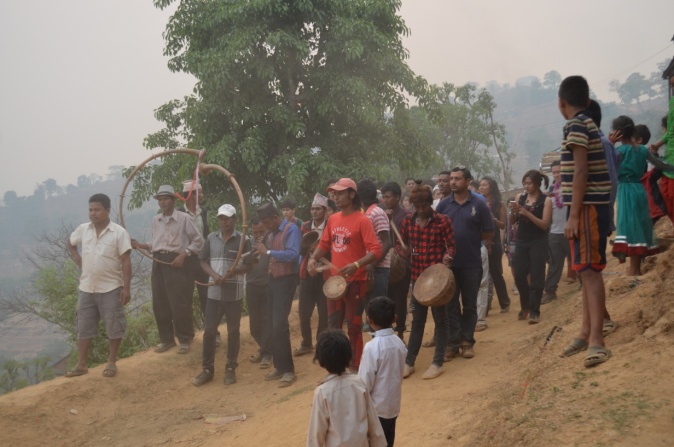 (Group of local Panche Baja welcoming team in school)
They started their work from the next day i.e. from April 10th. Everyone was engaged in different works. Their aim was to do the following works during their volunteering in school. 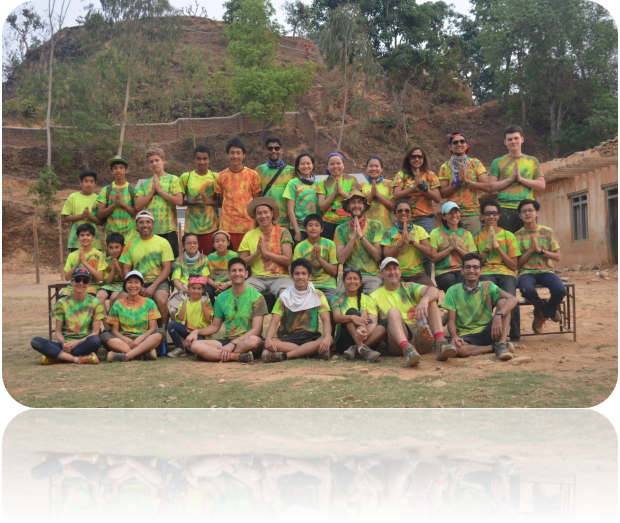 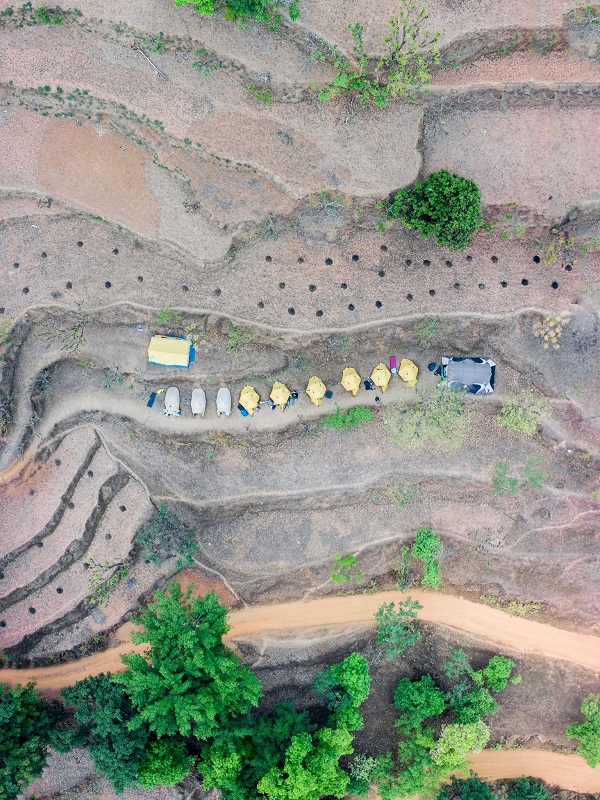 Everyone were very much concerned and focused on their works. Some were painting the walls; some were painting the benches; some were cleaning rubble, while some were doing the construction works of toilet. The locals were very helpful to them. Their works were highly praised by the locals, and school- teachers and management team as they had done their works smoothly and effectively. They highly interacted with the locals and also played various games like cricket and volleyball with school children’s. During their time of interval, we (Pioneer group) also had deeply supported them in their each and every step. 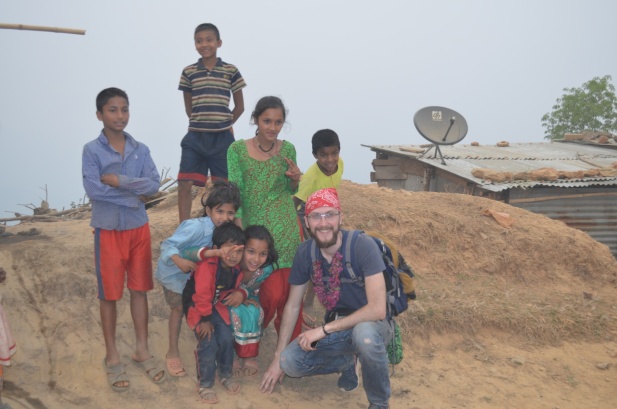 Apart from their work, on the second- last day of their stay, one of the couples from their group married according to Hindu culture. All the funding was managed by our PFN group itself. Both, the scout team and the locals enjoyed very much. A feast was also organized after the ceremony from them. 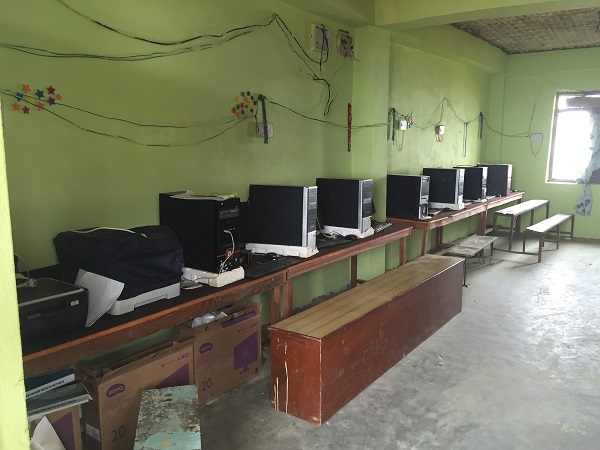 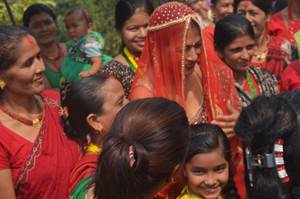 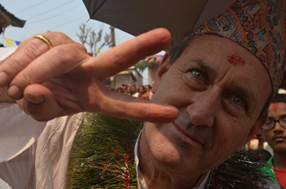 At the last day of their stay, they had organized a donation program for the school and the school children. They had donated numerous school materials and sports kit. They had also donated school bags and the stationery materials to all the students of the school. In addition, they handover computers, printers, camera, classroom watches, white boards to the school. They have also supported local villagers with giving set of first aid medicine kits, which is always needed to the villagers as farming is their profession and they always have minor health issue and injuries on their daily life work in the field.
After that, they all were waved goodbye by the school and the villagers. It was a great program and volunteerism. 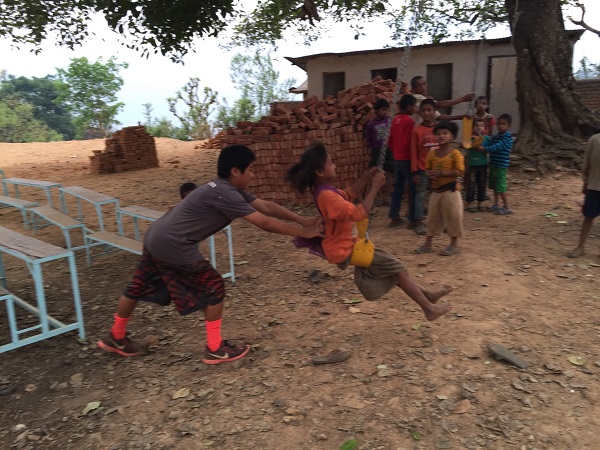 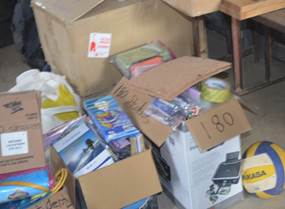 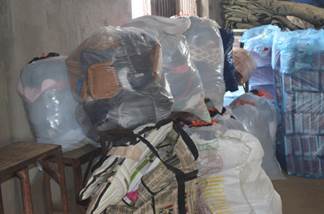 Packed donation items
It was great honored for Pioneer Foundation Nepal to welcome Eagle Scout Volunteer in rural villages for such a great work and support to the local school, and we could not thank Nicolas and the team enough for their support.
We were very impressed with Nicolas Suppiah for his efficiency on managing this Eagle Scout volunteer group, and fundraising to support school. Nicolas is very active boy, hard working and loving personality, and his social commitment in his early age is highly appreciated. We obviously wish him all the best for his upcoming social project and wish him a successful Eagle Scout leader!!! 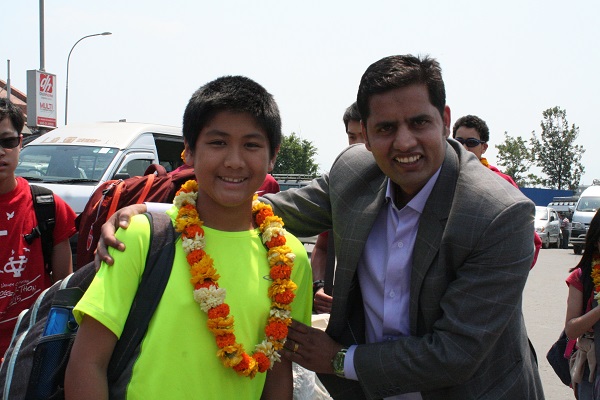 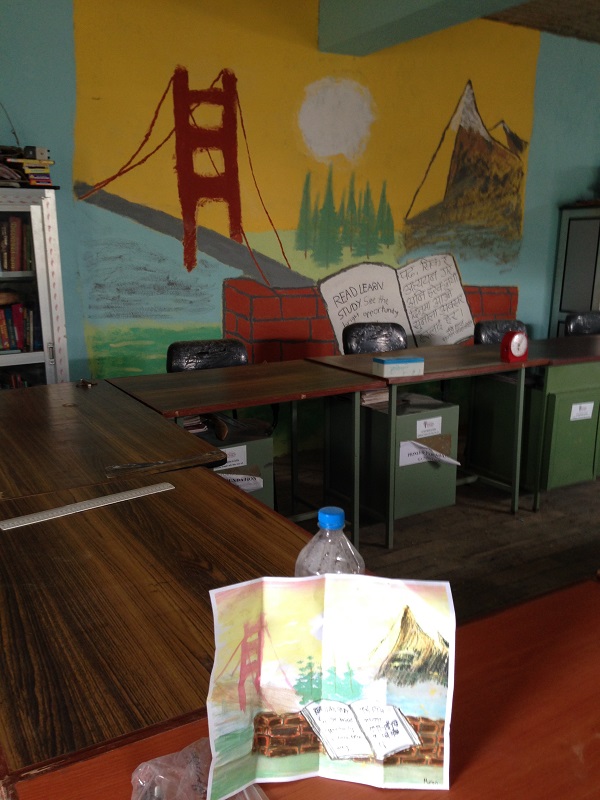 Any Question ? Drop us a note !